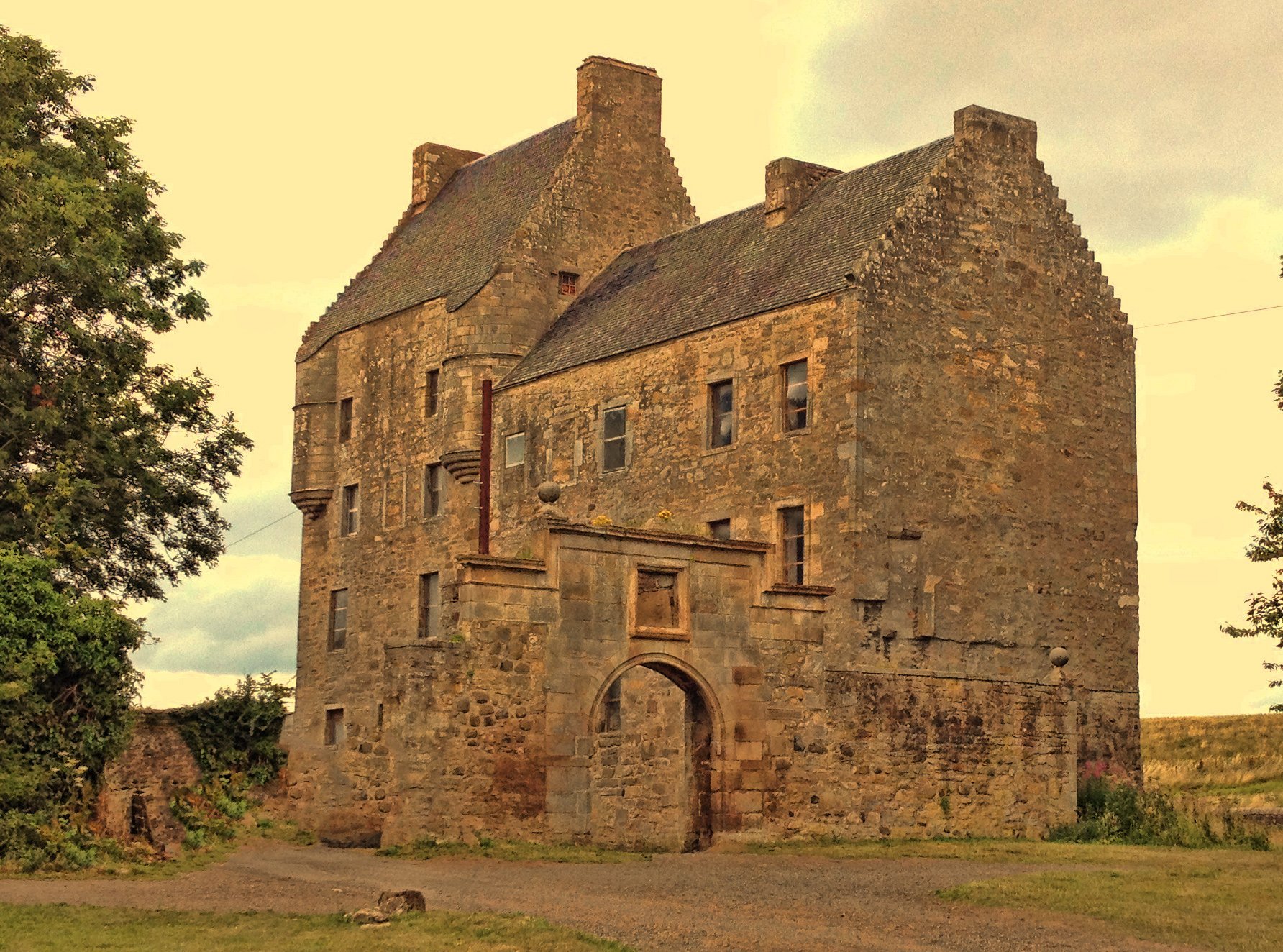 1  Midhope Castle – Lallybroch
Get a glimpse of the ancestral home of Jamie Fraser at Midhope Castle .
Scenes were shot at Midhope Castle on the fringes of the Hopetoun Estate near South Queensferry.
Midhope was built in the 15th Century and was built by John Martyne, laird of Medhope. It was rebuilt in the mid 1600s and remains much the same today.
Visitors are asked to admire Midhope from a distance as the interior remains largely derelict.

Originally dating to the 13th Century, Doune Castle near Stirling plays Castle Leoch, home to Colum MacKenzie and his clan.
It also features in the 20th century episode when Claire and Frank Randall visit the castle on a day trip.
Once a Royal residence, Doune Castle was rebuilt by Robert Stewart, Duke of Albany in the late 14th Century.
Doune has appeared several times on screen and was widely used in Monty Python and the Holy Grail. It also represented the castle Winterfell in Game of Thrones.

This royal palace and birthplace of Mary Queen of Scots became the backdrop for some of the most harrowing scenes of the show.
Depicted as Wentworth Prison, the prison corridors and entrance were used in episode 15 of the first series when Jamie Fraser was brutally incarcerated by his adversary, Black Jack Randall.
Built in the 1400s and 1500s, the now-ruined palace is set among the spectacular surrounds of Linlithgow Loch and Peel.

The Kingdom of Fife posed as the north of France in Season One when Aberdour – possibly Scotland’s oldest standing castle, was depicted as The Abbey of Ste. Anne de Beaupré.
The fictional Benedictine monastery is where Jamie Fraser was taken to recover from his ordeal at Wentworth Prison.  Happily, one of his six uncles was an abbot there.
The Old Kitchen and Long Gallery at Aberdour, in the village of Easter Aberdour, feature in the show.
The original hall house of Aberdour was built around 1200 by Alan de Mortimer with the castle largely the creation of the Douglas Earls of Morton, who held Aberdour from the 14th century.

Entrance tickets, food and refreshments are not included . One day passes are available from Historic Environment Scotland for Doune ,  Blackness Castle and Linlithgow Palace .